Michael Walde- Berger was born in Vienna, partly raised in Kitzbühel, Tyrol, a well known ski-resort. He studied at the Lee Strasberg Institute in NY. For six years, he lived and worked in New York and Florida. 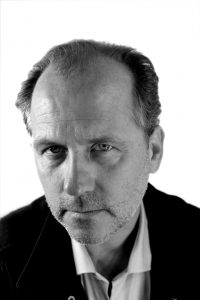 Michael’s career includes many performances in the U.S., Germany and Austria, both on television and in feature films. So, he is in the envious position of having worked with such amazing actors as Rod Steiger, William Hurt, Donald Sutherland etc. (Productions: Mary Shelby’s “Frankenstein Night”, “Urban Menace”, “Hidden Fears”, “Seven Sundays,” etc.).

He also played an obnoxious L.A. Film- Director in an Independant Film shot  in L.A.. Lately he acted in „Islamophobia“ (Feature Film) as a converted German Imam and on various TV-Series (f.e.Universum History) for Germany ( ARD,ZDF) and Austria ( ORF, ORFIII).

The charismatic actor has also worked in many theatre productions from New York to Vienna – in both English and German. He played Satan in “Krach im Hause Gott“ (“Trouble in God´s house”), written by Austria´s most celebrated writer, Felix Mitterer, and starred in “The Breakfast Club”, which toured through Germany and Austria. He also performed in “The Full Monty“, as Gavin (“transvestite”), in Zurich at the Kaufleuten (one of Zurich´s biggest night clubs). He also had a chance to work with Juri Krasovsky, Director of the University of Dramatic Arts in St. Petersburg (Russia), starring as Lopachin in “The Cherry Orchard.” His production “The Lover” by Harold Pinter was presented at the theatre festival “Theater trifft” in Innsbruck (Tyrol/Austria). His last production was „No Exit“ by Jean Paul Sartre directed by Klaus Rohrmoser.

If there is time left between shooting movies and theatre work the artist takes care of the estate of his grandfather, the well-known painter Alfons Walde. Many successful exhibitions and stunning auction results speak for themselves. Further information: www.alfonswalde.com.

What do I believe in most as an actor? More than anything, I’m convinced that – no matter which technique one pursues – an actor should always focus on two things: the work and the process. That means being honest and real at all times; for sensitivity is talent and willpower is the means. For me, this is the only way to truly move other human beings, and it’s also why I love my job.